Sir Arthur Lewis Community College and Entrepot Secondary were forced to share the title as rain intervened to bring an abrupt end to the final of the 2018 Massy United Insurance Under 19 Schools’ Cricket Competition at the Mindoo Philip Park last Friday.

A heavy shower into Sir Arthur’s chase left the outfield unplayable, particularly at the bowlers’ run ups as the defending champions Sir Arthur chased a modest 92 for victory. Entrepot Secondary won the toss, decided to bat and struggled to an eventual score of 91 all out off 26.1 overs. 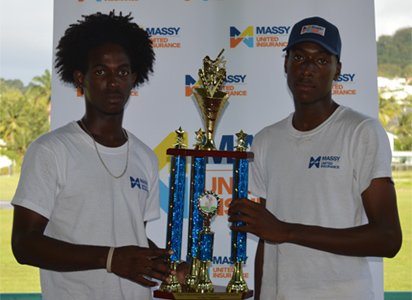 That was thanks mainly to a brave middle order knock of bold resistance by left handed batsman Craig Elisee who struck a face saving 32. Entrepot, at one stage, were reeling on 35 for five.

Doing the early damage was Man of the Match Dudley Charles, who had impressive figures of 5 for 27 in six overs. He was ably supported by Rahym Joseph, who claimed two scalps for 15 runs in eight overs.

In reply, Sir Arthur Lewis raced to 68 for one off 8.3 overs, Captain Dane Edward blasting 45. His team’s innings slowed appreciably after his dismissal and after the heavy showers came, his side still needed 24 runs to pull off back to back titles. Speaking at the end of the match, acting Director of Sports, Patrick Mathurin, commended the sponsors for their commitment to the competition. 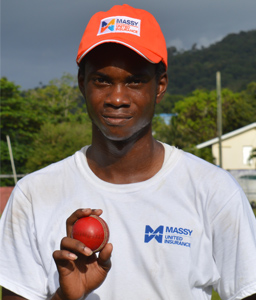 Hollis Bristol spoke on behalf of the sponsors and congratulated officials from the Department of Youth Development and Sports for putting on another year of the competition and both teams for their efforts in reaching the final.

The 2018 competition marked 33 years of unbroken sponsorship by Massy United. Sponsorship of this year’s tournament was to the tune of $25,000 in cash and kind. The finalists were outfitted in Massy uniforms and caps for the occasion. Both winning schools were recipients of a One Thousand Dollar award for the purchase of cricket gear and an HP Desk Jet Colour printer. 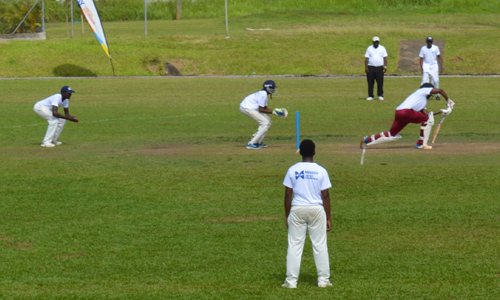 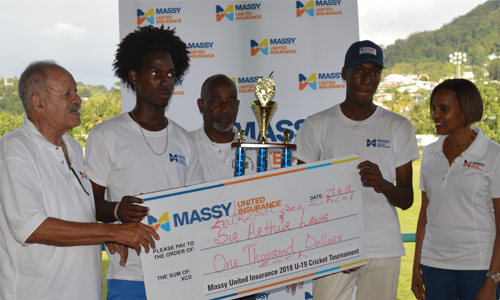 United Man of the Match of the finals: Dudley Charles, Sir Arthur Lewis Community College (SALCC vs Entrepot Secondary), as well as the organizers and officials from the Department of Youth & Sports.

Massy United Insurance Ltd. is a regional insurance industry leader based on financial strength, stability and reputation. With a financial strength rating of ‘A-‘ (Excellent) by A M Best, for 11 consecutive years and a network of branches and agencies spread throughout 18 regional territories.

For more information on United Insurance Agents (Saint Lucia) Ltd., agent for Massy United Insurance or for queries in connection with this press release, please contact: Josette Edgar at 456-6505 or 716-0741.