Led by a superb opening stand of 196 between Dane Edward and Jard Goodman, Sir Arthur Lewis amassed a whopping 310/6 in 50 overs, with Edward slamming an impressive 102.

Despite a shaky start, Leon Hess Comprehensive fought to 130 all out in the 35th over, to lose by 180 runs before a large school contingent mainly made up of Leon Hess’ students, sponsors, Ministry of Sport officials and members of the local and regional media fraternity.

Edward slammed 12 fours and three towering sixes as he copped the man of the match award when he and Goodman batted for 34 overs before Goodman fell for 90.

“I am happy about my century but most of all I am glad that my team was victorious,” said Edward.

“Conditions here were really good and Jard and myself always bat good together so I could not have done this feat without him…to tell the truth,” Edward explained.

Meanwhile, Faye Miller of Massy United Insurance St. Lucia, was ecstatic about the talent that continues to be harnessed in a tournament that has produced West Indies cricketers such as Darren Sammy and Johnson Charles.

“We have been doing this for 31 unbroken years and every season we at Massy United Insurance feel proud to be part of the development of cricket among these young St. Lucians, so today cricket was the winner,” she said. 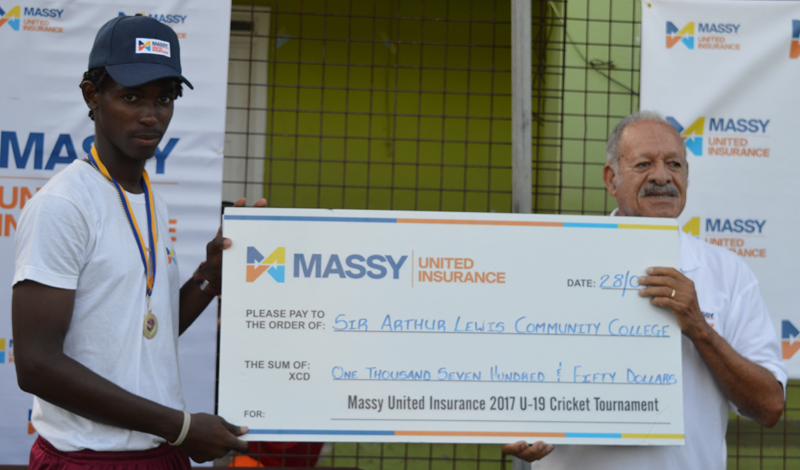